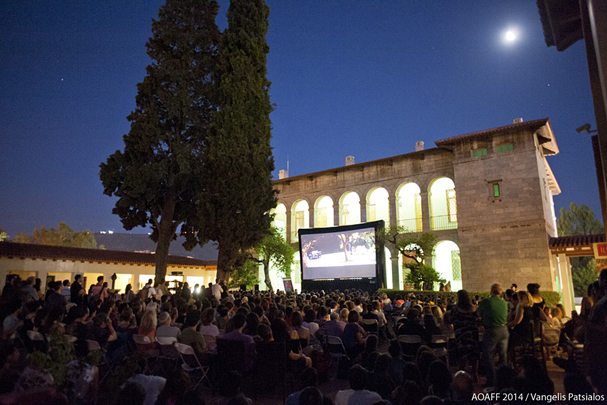 The Athens Open Air Film Festival organizes outdoor events against the backdrop of the most distinctive monuments of Athens, touristic destinations as well as more unexpected locations, which showcase the urban landscape (squares, parks, pedestrian areas) for its residents as well as its visitors. Central areas of the city are transformed in order to host film screenings, concerts, premieres of short films and many more interactive events, as always free of charge for everyone.
The primary goal of this event, which will run from June until September, is to draw attention towards the centre of Athens and its suburbs, so that the residents and the visitors are reacquainted with the city that we love to dislike as a city that is both a modern European city and a unique touristic destination.
Out of a wide selection of films, ranging from the most popular ones to the most uncommon, from short to feature-filmmaking attempts by the representatives of the new Greek cinema and subversive artistic suggestions of “mixed media” fusing cinema with music, the two film organizations of Greece offer four uplifting artistic months, full of passion, and love for cinema and art. —
The 7th Athens Open Air Film Festival is organized by the Athens International Film Festival and the CINEMA magazine – cinemag.gr
Learn more  http://www.cinemag.gr/aoaff/default.asp?catid=42637
Source: Thisisathens.org
Photo credit: thisisathens.org
Need a place to stay?
visit our website: www.athensviewlofts.gr
This website uses cookies to improve your experience. We'll assume you're ok with this, but you can opt-out if you wish.Accept Reject Read More
Show Again
Necessary Always Enabled
Non-necessary