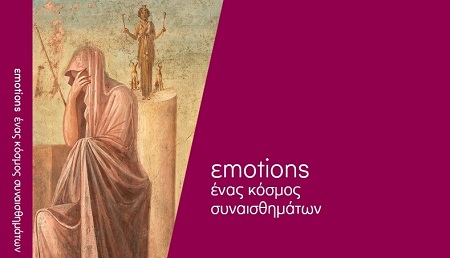 The exhibition from the Onassis Cultural Center New York, which moved and charmed public and critics alike, is coming to Greece! A narrative exhibition which sheds light on the unseen world of emotions in the personal, social and political life of antiquity.

129 masterpieces from the world’s greatest museums:
129 tales of emotions

Greece’s top museum and one of the most important in the world, the Acropolis Museum joins forces with the Onassis Foundation, an organization which has been contributing to Culture and Education for 42 years, in a rare and significant partnership. The end result is co-staging in Athens the “εmotions” exhibition, which scored such a huge success at the Onassis Cultural Center, New York.


Source: Thisisathens.org
Photo credit: thisisathens.org
Need a place to stay?
visit our website: www.athensviewlofts.gr
This website uses cookies to improve your experience. We'll assume you're ok with this, but you can opt-out if you wish.Accept Reject Read More
Show Again
Necessary Always Enabled
Non-necessary